Dear Mobian CE owners, congratulations on receiving your mobile phone. We hope you will like Mobian and we hope that you will be helping us to make it even better.

We are writing this post as the initial upgrade is rather tricky and there are a few pitfalls when performing it. We do know that real men and women don’t read manuals, but please read this post carefully in order to not lock yourself permanently out of your phone (just an example of what can happen if you don’t read this…).

Most importantly, we want to inform you, that there is a minor issue with PAM (pluggable authentication module) when upgrading the preflashed image. It was upgraded in an incompatible manner, and when the lockscreen of your phone is invoked after upgrading but before rebooting, it will not accept your PIN anymore (fortunately in most cases, a simple reboot makes it work again).

So do not worry, your installation is not broken!

Therefore: After upgrading your pinephone for the first time it is highly recommended to reboot the device after the upgrade has finished. And keeping the screen unlocked during the initial upgrade by:

Otherwise you run the risk of not being able to unlock your device once the screen has been locked.

The second major issue during the initial upgrade is related to the graphical software updater, called “Software”.

The Software application can usually keep the software on your pinephone up-to-date and will prompt you to reboot after an update. On the initial update with currently more than 600 package changes compared to the factory image, it chokes and struggles, though.

You will get some mysterious “Cannot update due to unmet dependencies” error in the software app if you try. So for the initial update, we recommend performing a manual update in the terminal (a great way to familiarize yourself with the terminal and Debian’s package manager called apt).

sudo will require you to enter your PIN to allow you to perform administrative tasks.

apt dist-upgrade will be required instead of the common apt upgrade as it needs to remove a few packages that have been superseded or obsoleted, and a regular “upgrade” will refuse to do that.

(The autoremove command is not necessary, strictly speaking, but it cleans out unneeded packages after the upgrade, you can easily run it after a reboot too, at any time).

Again, due to the aforementioned PAM issue (it basically prevents the lock screen from accepting your password), try to keep your screen awake while the dist-upgrade is running in order to prevent locking yourself out (this should only be needed on this very first upgrade). And reboot immediately after the upgrade finished.

We are sorry for these inconveniences which are due to the fast pace of development while your phone was being manufactured and shipped.

Other warts and hurdles to consider

Also note that the factory image with kernel 5.9 still has a problem when there are multiples WIFI access points providing the same network (SSID). This has improved in the current kernel version 5.10, but you might experience instabilities in this situation until you have fully updated.

During the initial update, your pinephone wants to download 536 MB of data (as of this writing), so make sure you are not on metered mobile data connection or paying by the megabyte.

Update tip: Power to the phone

Plug into power while updating to avoid your phone from going to sleep while it updates (by default it is set to go into deep sleep only) when running off the battery.

Update tip: ssh for those who know what they do

If typing on the phone terminal sounds like pain, and you are familiar with ssh, you can install the ssh server by issueing sudo apt install openssh-server and then connecting to “ssh mobian@YOURPINEPHONEIP” to access your phone from any other computer. (connect over Wifi or USB cable to a computer) Access via ssh has the additional benefit that the phone lockscreen will not bother you, as the ssh access remains active even when the lock screen is invoked. 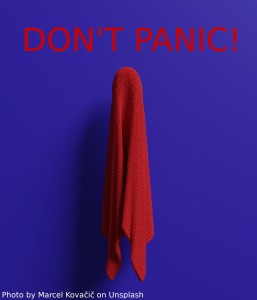 In case of fire, emergency and bricked phones:

You can always download a new image and reinstall the thing if you really really locked yourself out. Pinephones are really hard to permanently brick. The installation instructions, and the matrix channel #mobian:matrix.org are your friends.